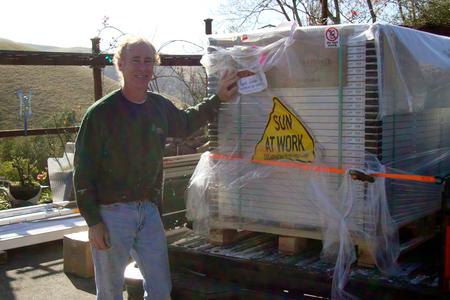 Mark has been a General Contractor in the Bay Area of California since 1988.  He specialized in all areas of home remodeling, including tiling, roofing, bathrooms, kitchens, and additions.  He wanted to go into solar a long time ago, but waited until 2010, after the wholesale prices lowered enough so he could give his customers a system that pay itself off quickly.

His interest in all things solar was sparked back in, um, 1964, when his Uncle Warren gave him a small solar panel.  It was 5 inches tall by 3 inches wide, and a half an inch thick.  Very light, it had two small wires protruding from it.  When the panel was in the sunlight, and you put the two wires onto a small light bulb, the bulb would light up.  Wow! That was unbelievable!  All his friends went crazy over that amazing piece of what looked like cardboard.  And guess what? That little solar panel still works today, 50+ years later.